This book was produced with support from the
Inter-regional Mediterranean Arc Flood Mission.

The flood unit was established in 2017 by the Prefect for the South Defence and Safety Zone. It covers those mainland French regions most exposed to torrential flooding, such as Provence-Alpes-Côte d’Azur, Occitanie, Corsica, as well as the Drôme and Ardèche Departments.
The unit reports to the DREAL* PACA which is also the DREAL* branch office here, in the local area.

The flood unit strives to improve the performance of flood risk prevention schemes and ensure that such schemes are applied consistently from zone to zone and within the Mediterranean Arc as a whole. To do this, it works on inter-Ministerial and multi-partnership initiatives that foster synergies between civil protection and risk prevention stakeholders. The working method used is based on grass-roots approaches to apply the principles, experiment and even innovate, to learn lessons or promote useful guidance for all stakeholders in the Mediterranean Arc.

This book contributes to one of the key areas of work in the area strategy led by the flood unit: boosting preventive information and fostering a risk awareness culture towards flooding.

Departments belonging to the Mediterranean Arc
outside the South Defence and Safety Zone.

Departments belonging the Mediterranean Arc within the South Defence and Safety Zone. 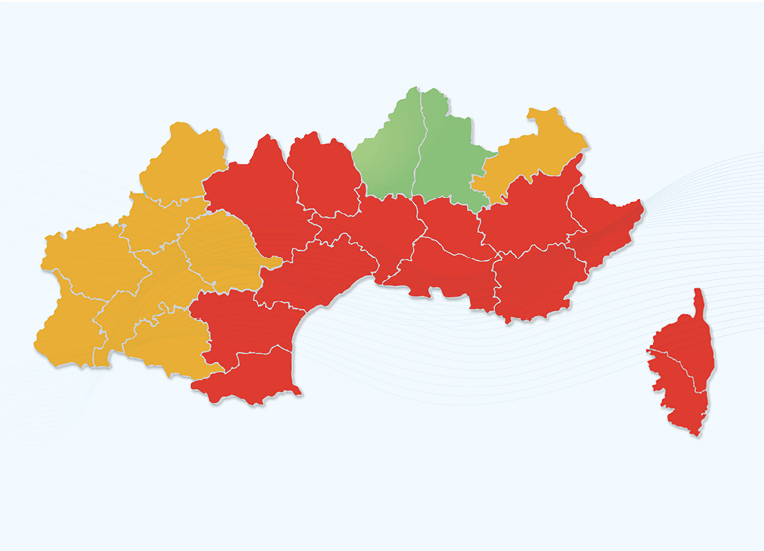 A few facts about floods

A flood is when water submerges land that is normally out of its reach.

In the South of France, these floods tend to be referred to a ‘Cévenol episodes’, especially in the media.

But are Cévenol episodes really Cévenol?

Our Mediterranean regions are regularly hit by these extreme weather events.

Our Mediterranean regions regularly experience so-called “Cévenol episodes”. These are very heavy downpours based on the amount of water falling in a given time. They commonly occur in late summer and early autumn, resulting in large amounts of rain falling in a short period. For example, a famous record dates back to 29 September 1900 when 950 mm of rain fell in 10 hours on Valleraugue, at the foot of Mont-Aigoual. That is the equivalent of 10 bathfuls of water for every square metre!
By comparison, normal annual rainfall in Nîmes is 762mm. That said, the
Mediterranean climate means that this falls over just 64 days, while the
combined monthly average from September to January is 428 mm.
These ‘episodes’ can be highly localised or more widespread.

Although frequent in the Cévennes, these ‘episodes’ are especially typical of Mediterranean coastal areas, squeezed between the sea and mountains. Recent floods in Corsica as well as the regions of Occitanie and the Ardèche, in autumn 2019, can be explained by these episodes as can recent flood events in Spain. In this case, we refer to heavy Mediterranean downpours which trigger flash flooding.

From runoff to a flood,
how a climate event develops

Surface runoff is partly due to rainfall intensity and partly to relief. The steeper the slopes, the greater the runoff speeds.

Soil permeability is an important factor too. Indeed, the geology and types of surfaces in urban areas are crucial. Some rock, like limestone, can absorb a lot of water.

Other rock materials such as clay, but also artificial surfaces, for instance, concrete, tarmac or tiles, can be virtually impermeable.

Runoff can reach aquifers or collect in thalwegs*. The water then travels along in permanent streambeds creating a surge in flow*. When this happens, we say the river is on stormflow and above a certain level, the river can overflow from its streambed* into its floodplain*. Just how far the water spreads depends on the surrounding relief.
In both cases (surface runoff or overbank flooding), there’s going to be flooding!
In a given area, the probability of a flood occurring that reaches a specific height and flow rate is called a climate hazard. This hazard can be high, moderate or
residual.

From flood hazard to risk!
If this hazard threatens assets like property and human life, economic activities, roads, public services and property, etc. we then refer to a flood risk. The more vulnerable the assets, the greater the risk.

Ever since photography was invented (officially, in 1839) by Nicéphore Niepce and Louis Daguerre, there has been an exponential rise in the number of images we see about flooding.

Before, only engravings and paintings provided a freeze-frame, such as vast, slowly flooding plains like those bordering the Seine, captured here by Alfred Sisley* in 1876.

This book focuses on the Mediterranean Arc countries (the regions of Occitanie, PACA, Corsica as well as the Departments of the Ardèche and the Drôme).
These areas are primarily exposed to brief, sometimes extreme, flood events that regularly affect an ever-increasing number of buildings and property due to expanding human land-use.

Photographs provide a precious, visual record of floods which sometimes fade in people’s memories. Cameras were initially just for the experts but now almost everybody can take photos, especially since the advent of smartphones and social networks. They enable us to access more information, perhaps sometimes too much, but are our attitudes towards flood risk and our recollections of flooding really more advanced than before?
Given the clear indications of climate change, flood risks seem to be increasingly frequent and damaging.

So, today, perhaps even more so before, let’s not forget the scars and images of the past. Let’s humbly look back and learn what we can from these sometimes ancient events.

This compilation provides a collection of images to help you discover, or rediscover, some major flood events that provide an opportunity for local decision-makers and residents alike to learn some useful lessons. 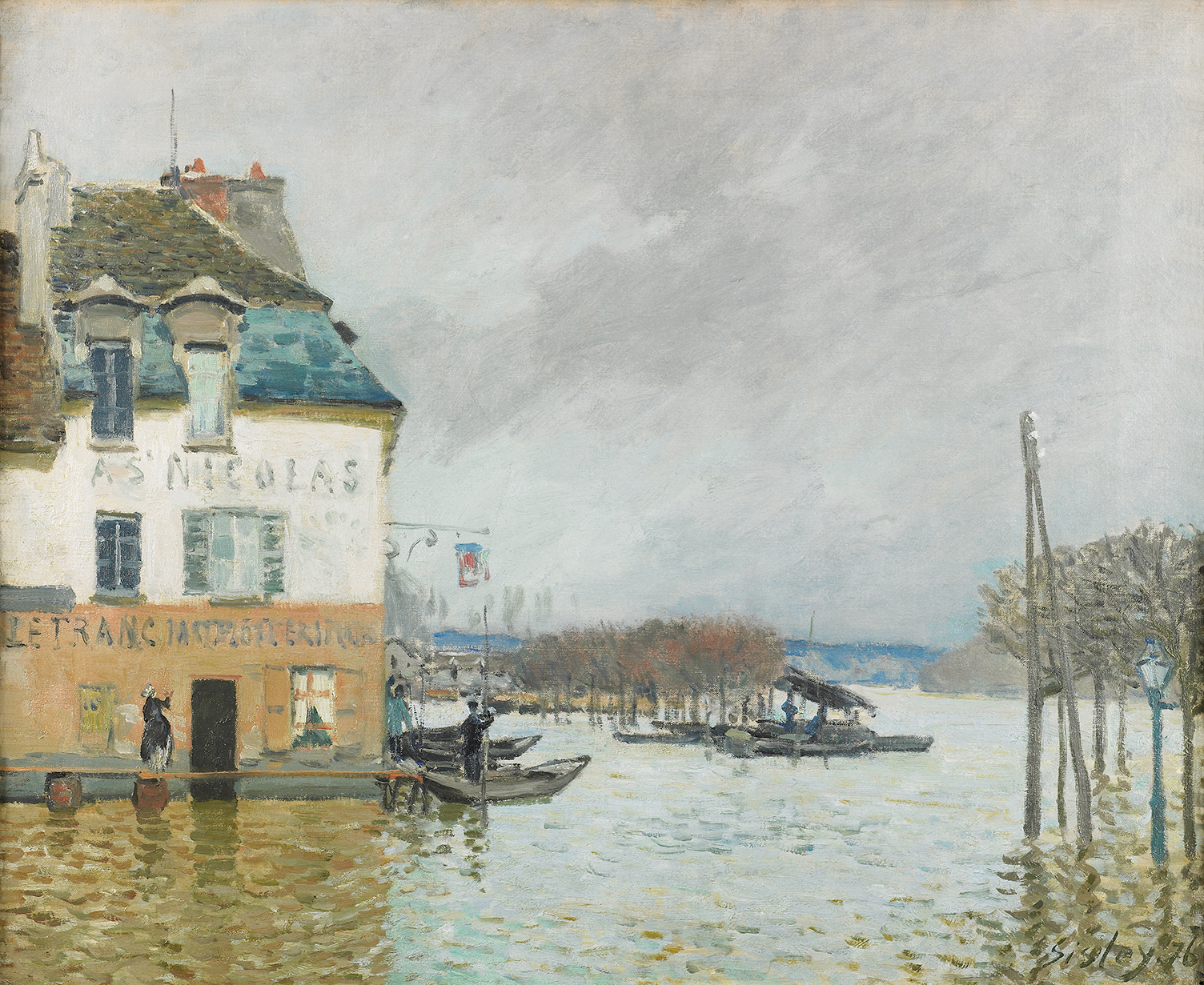 A photographic record of 150 years of floods in mediterranean arc countries
Interactive map, click on the dates to display the links to the articles. 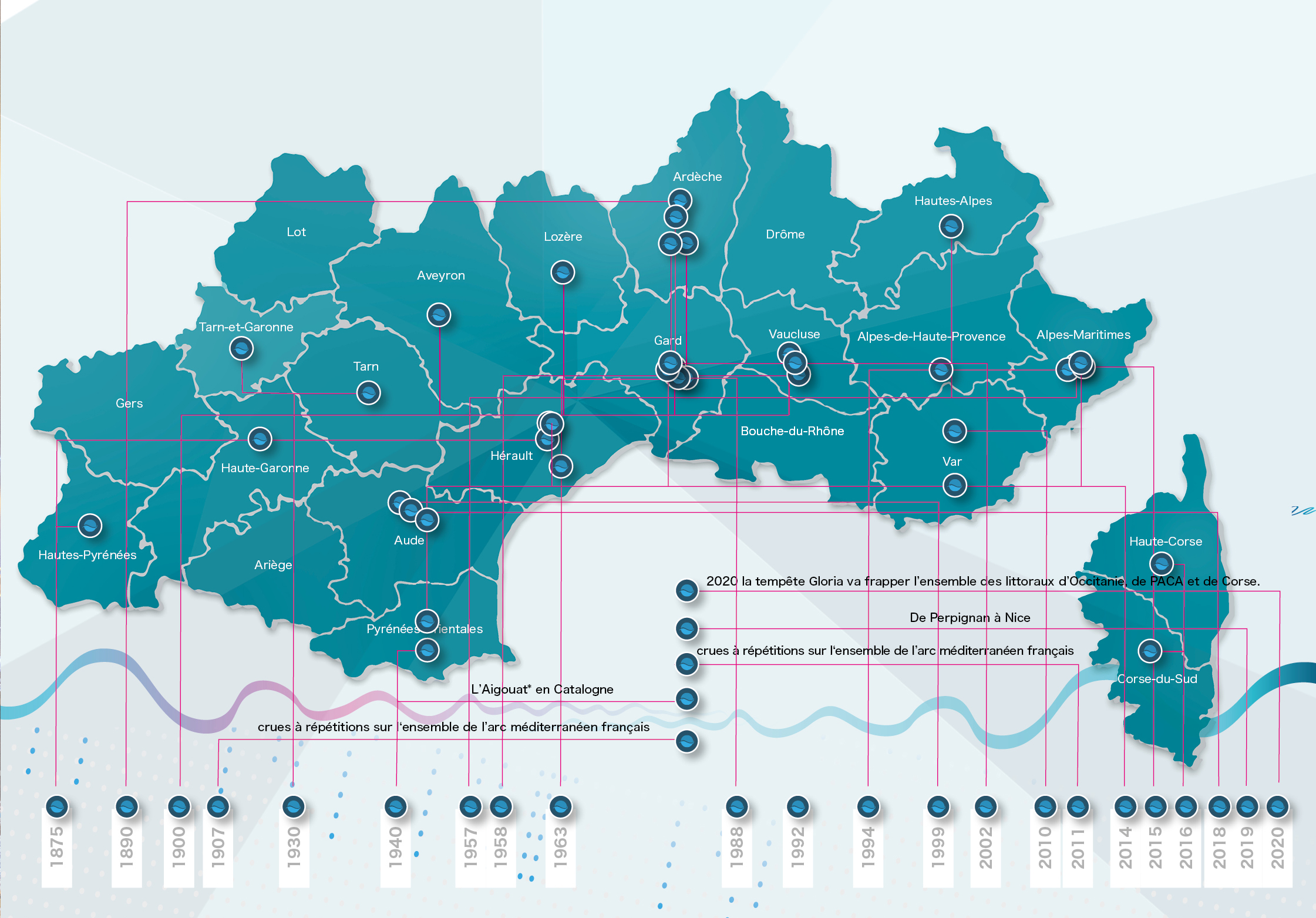 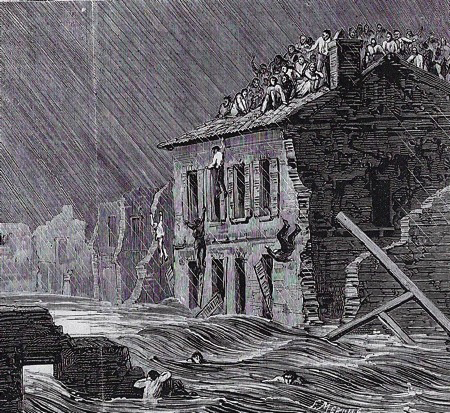 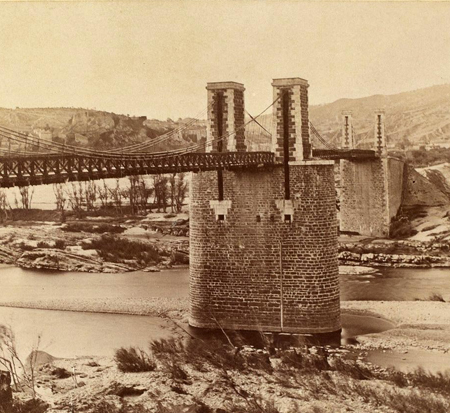 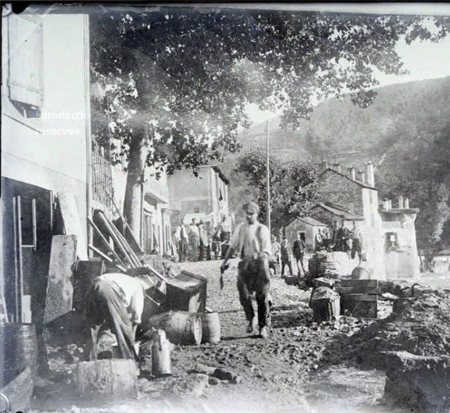 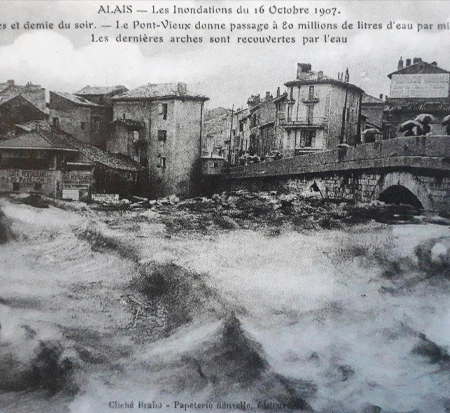 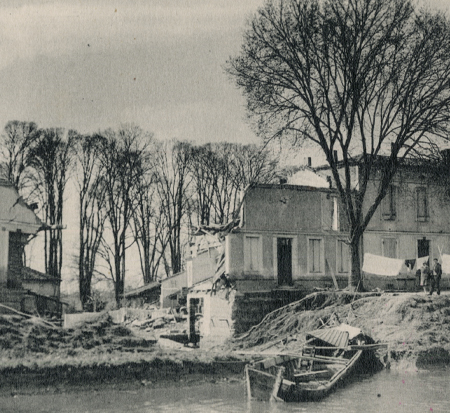 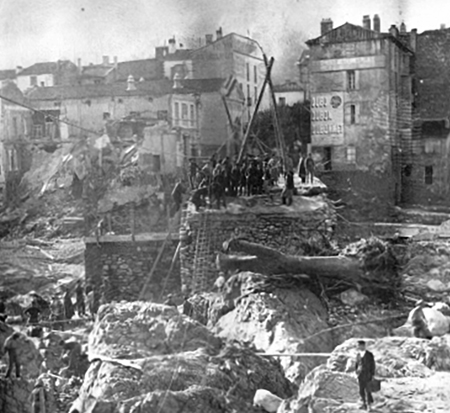 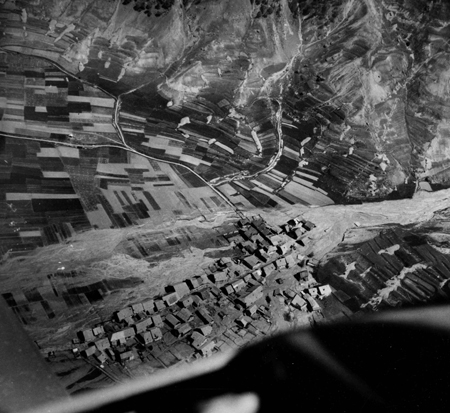 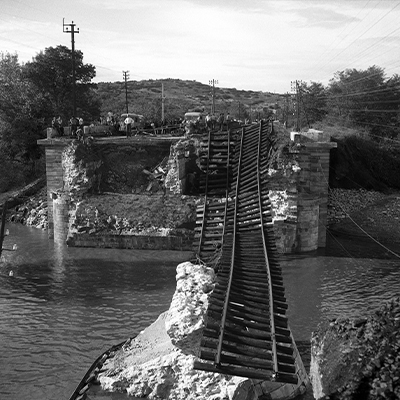 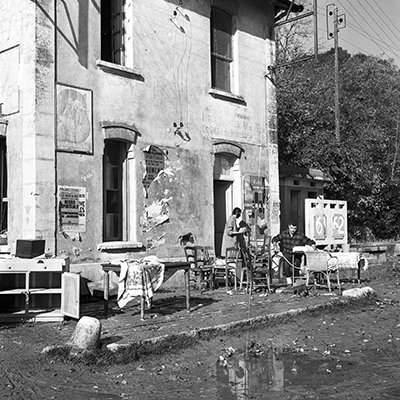 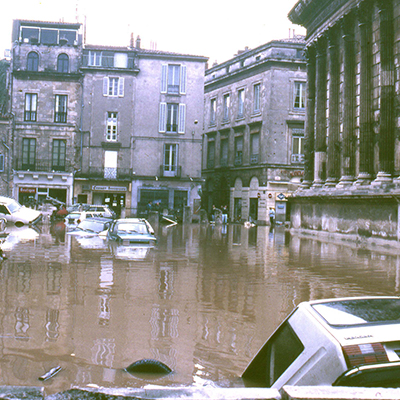 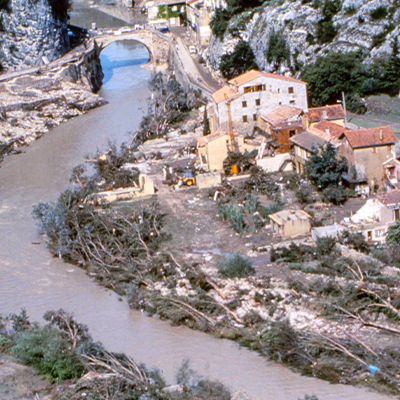 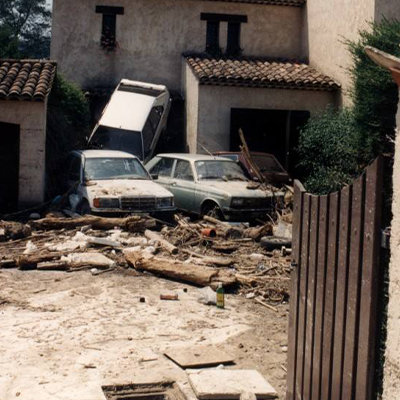 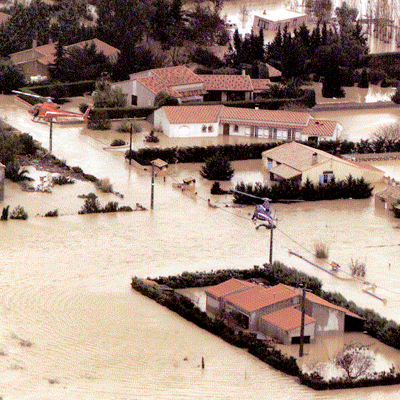 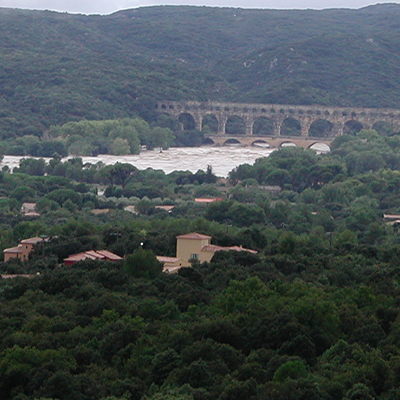 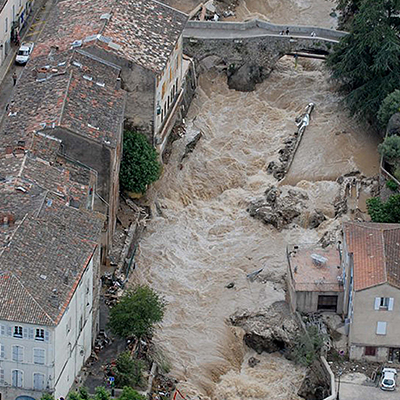 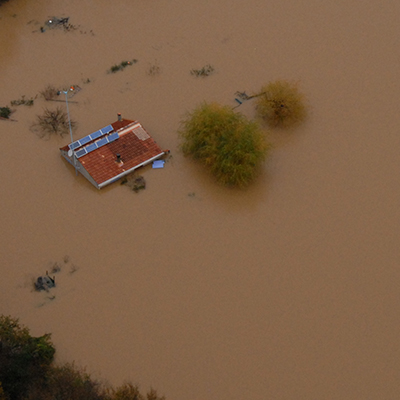 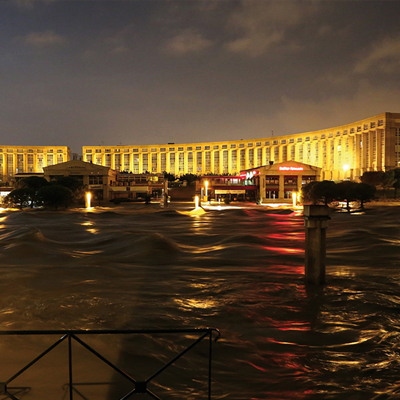 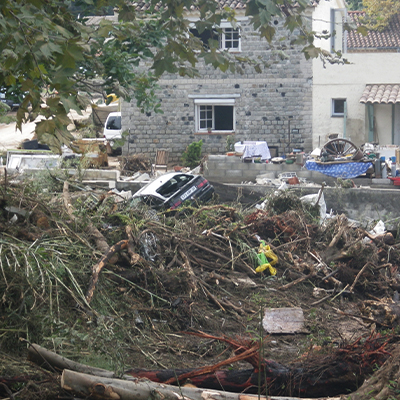 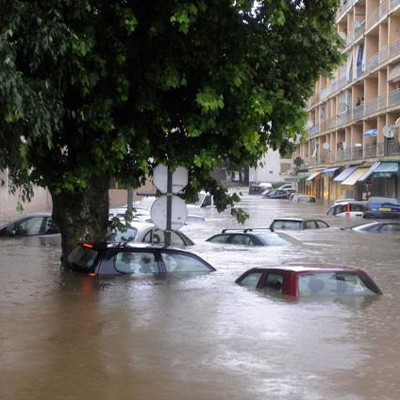 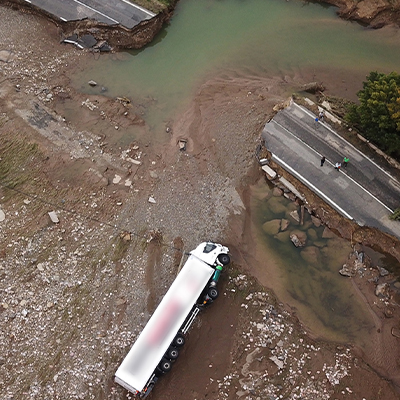 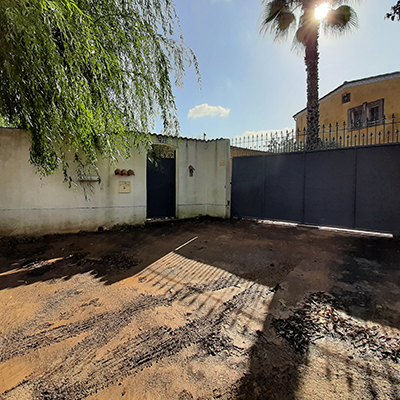 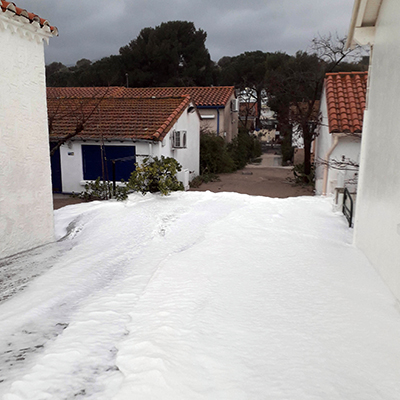